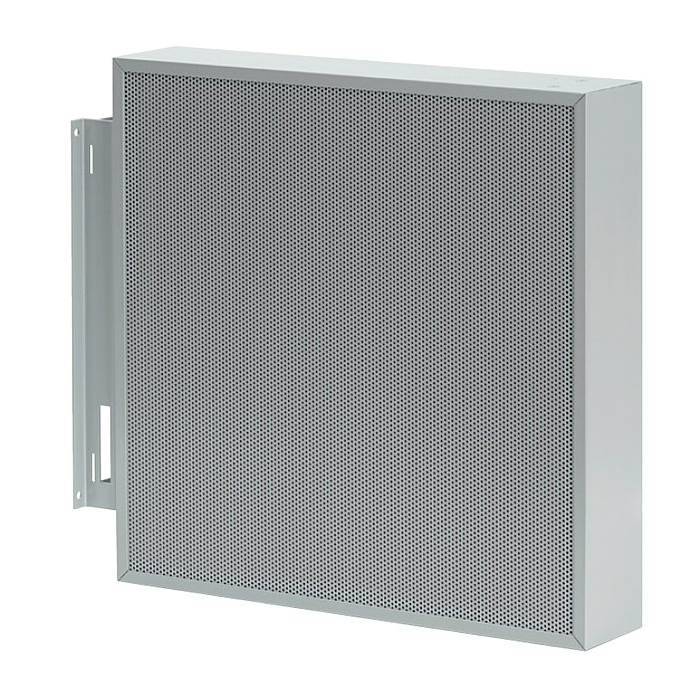 The DPS 40 F - 100 V dipole flat-panel loudspeaker has been developed and optimised specifically for applications in the open-air with limited adjoining reflecting surfaces (such as ceilings). It focuses the sound to a great extent in a horizontal direction, so neighbours or adjacent station platforms only receive much reduced signals than would be the case with classic horn speakers. Sound field simulations coupled with measurements under real-life field conditions demonstrate that there is a difference in the level of interference noise to the sides of the platform of 6 to 8 dB in favour of dipole flat-panel speakers. At the same time, their efficiency is considerably higher, which means that typical horn speakers would require eight times the amplifier output to achieve the same sound pressure on a railway platform.

Versions: Models with one side closed e.g. for use at the ends of platforms.

A key objective of public address systems in railway stations is to ensure that every message relating to railway operation and in emergencies is clearly audible to all travellers at the target location in the station. DIN EN 60268-16 sets ambitious standards for speech intelligibility because the acoustic environment on railway platforms is a difficult one.

The passive train station loudspeakers made by VISATON will, however, allow the required speech intelligibility to be achieved, despite the difficult surroundings. These speakers are dipole flat-panel speakers, and provide the required high levels of sound pressure while focussing the sound they produce more accurately than classic speaker systems.

A dipole speaker works by creating air movement (as sound pressurewaves) directly from the front and back surfaces of the driver, while the amount of sound emitted to the sides, up and down is much reduced. An arrangement of several loudspeakers in line or in a single plane results in an even more closely focussed sound image. By combining these two principles, VISATON has achieved a targeted improvement in the polar characteristics of loudspeaker systems.

Thanks to this principle, the platform in front of and behind the loudspeaker is addressed and the adjacent platforms hardly hear any of it. The sound also hardly reaches the ceiling and floor so interfering reverberations that would reduce speech intelligibility are reduced. 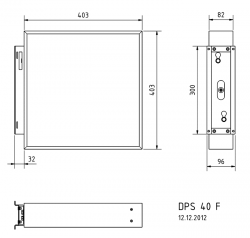 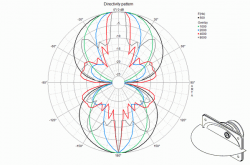 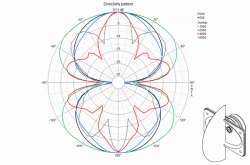