Over 50 railway stations in Germany are equipped with dipole flat-panel speakers supplied by VISATON.

We've all experienced this scene at train stations: suddenly everyone starts moving and the crowd surges to another platform. To ensure that everyone really does hear the platform change announcements, loudspeakers from VISATON are in use at many stations in Germany. But what are the important points when it comes to loudspeaker technology at bus and train stations?

Bus and train stations require conflicting factors: while travellers expect a high level of speech intelligibility, residents living near stations do not want to be disturbed by the announcements. While the announcements on one platform are crucial to those passengers, the passengers on the neighbouring platform should not be irritated by announcements that do not apply to them. Inside the station buildings themselves, loudspeakers have to be clearly able to assert themselves against a lot of ambient noise, such as trains arriving and departing. In voluminous train station buildings, sound-reflecting walls made of glass and concrete generate reflections and reverberations. In short, acoustically, train stations are a real challenge.

Even if the loudspeakers in train stations are exclusively used for spoken announcements, whether live or pre-recorded, which means the range of frequencies is relatively limited, universal loudspeakers are of only limited use, whether the station is large or small. For many years, classic horn loudspeakers were common, but in recent years, things have changed. In 2010, VISATON developed a special loudspeaker solution that ideally copes with specific public address requirements. To be more precise, it was Friedemann Hausdorf, the head of the development department at the time. 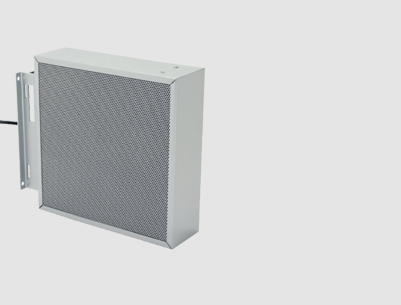 „I've always been annoyed by the poor intelligibility of announcements at train stations. I just had to do something about it.“

Friedemann Hausdorf, former head of the development department at VISATON

The impetus for this innovation was as a result of personal experience: "I've always been annoyed by the poor intelligibility of announcements at train stations. I just had to do something about it", he explains. The solution is called a dipole flat-panel speaker. This special loudspeaker technology uses many small loudspeakers in a loudspeaker array in which they are arranged next to and/or above each other. The array radiates towards both sides. In this way, the sound can be firmly bunched, a very high sound pressure level can be maintained and radiated almost exclusively horizontally to the front and rear. This makes the sound far more directionally accurate, since less sound is emitted sideways, upwards and downwards, which is a great relief to residents who would otherwise be annoyed by regular nightly warnings about trains passing through. This also reduces reverberation effects caused by reflections from the roof or the ground.

Friedemann Hausdorf is now retired, but his invention is constantly being enhanced and extended. There are now three different configurations. This is partly because the speakers have one decisive advantage: they are passive speakers. This means they can be connected straight to the railway company's PA system and do not require additional wiring. They are now installed in over 50 railway stations in Germany, and the number is increasing. 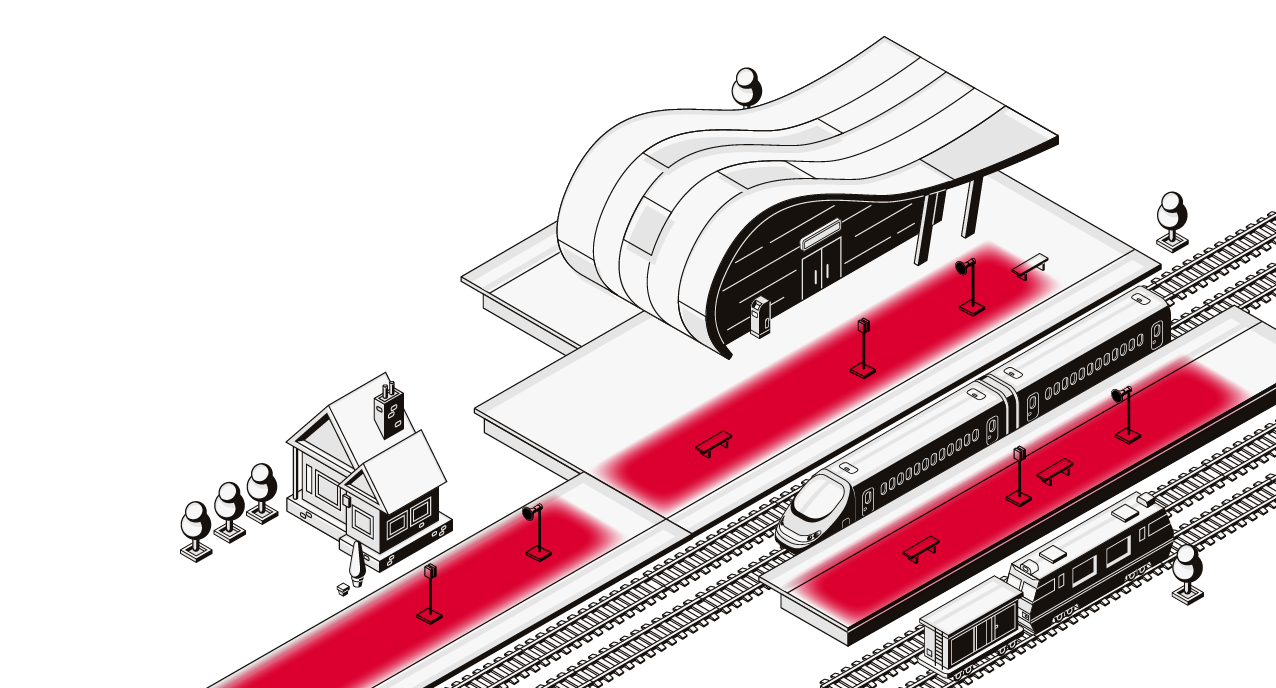 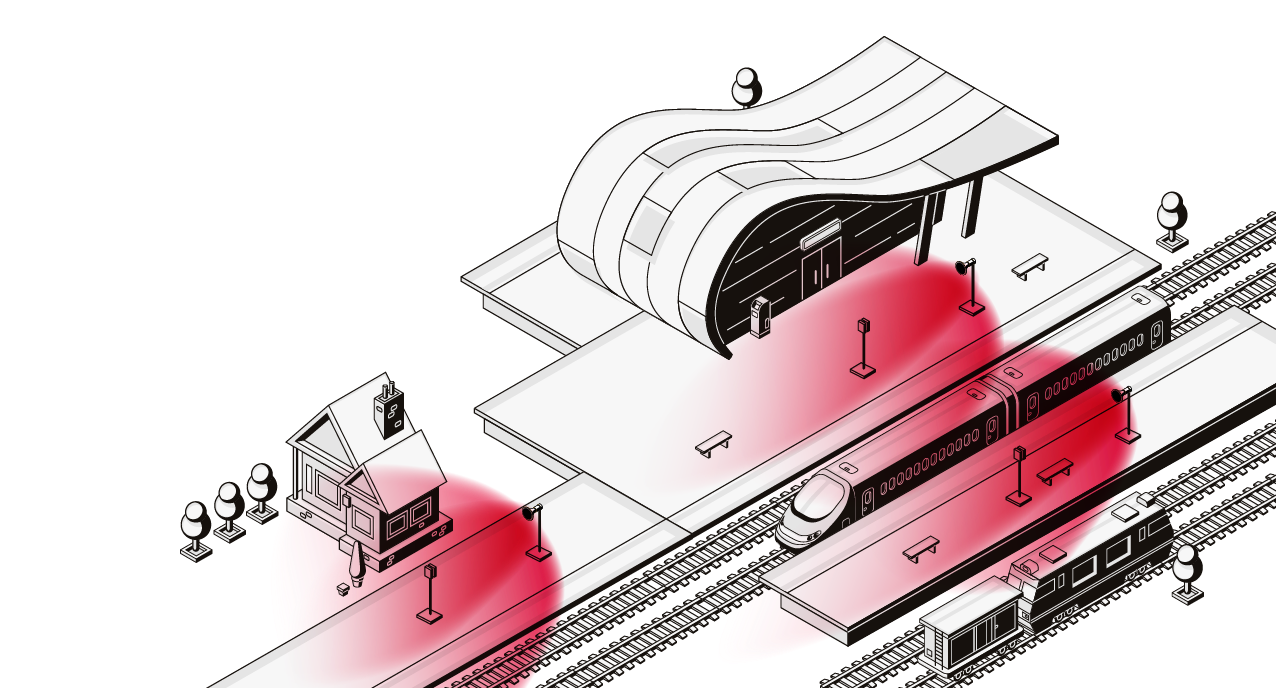 Before these loudspeakers can be installed in stations, however, they must meet a number of requirements and conditions imposed by German Railways (Deutsche Bahn), such as guaranteeing a certain value of the voice transmission index (see the info box). Using mobile measuring devices, VISATON can carry out standardised measurements at the place of use and determine the speech transmission index, STI, as well as the sound pressure level. "DB Kommunikationstechnik", a subsidiary of German Railways, also takes measurements and tests the loudspeakers during site inspections. Dipole flat-panel loudspeakers are also protected against the ingress of water and foreign bodies, for example dust. VISATON also has a quality management system to ISO 9001, which is applied in connection with the manufacture and testing of loudspeakers. Annual audits guarantee compliance with the specifications. If the loudspeakers are installed in the interior of train or bus stations, they are also used to announce an evacuation in the event of an emergency and must therefore meet even stricter requirements in accordance with the EN 54-24 standard.

What is the speech transmission index?

STI stands for the Speech Transmission Index. On a scale from 0 to 1, it describes the speech intelligibility expected by the listener. 0 means incomprehensible, 1 means excellent. The index depends on various factors such as the volume, background noise, reverberation time and the directivity of the sound source. It is mainly applied in the case of measurements for public address and evacuation systems. In stations, it must be at least 0.45 or 0.5 for these installations.

The distance between loudspeakers on platforms is often determined by the position of the lighting masts. The lighting masts that are used to mount the loudspeakers are usually ten to twenty metres apart. This is a figure that plays an important part in loudspeaker development. Simulations of the sound distribution must then show whether the distances are suitable to meet the acoustic requirements. Additionally, the weight of the housings should not be underestimated, because the lighting masts must be able to support this weight. Thanks to a new generation of magnets, a lot has changed in this respect in recent years.

In principle, loudspeakers at railway stations do not require servicing. Once they reach the end of their service life or have been damaged, they are replaced. The minimum period of use of loudspeakers at train stations is ten years. "In practice, however, they are usually in service for much longer and are only replaced if they get damaged," explains Jens-Uwe Hahn, Head of Technology at VISATON.

In museums and across national borders

It is not only in Germany that VISATON's dipole flat-panel loudspeakers are now being used – a first project has been started in Switzerland and tests are currently being carried out by the Dutch railways. "It's really exciting, because every country has different conditions and requirements," says Hahn, and continues: "And besides, dipole loudspeakers are also used in large exhibition halls, museums and other venues." In order to ensure they are ideally positioned, VISATON provides the planners of large buildings and PA systems with simulation data sets for the EASE planning tool or 3D data for CAD programs.

Over 50 train stations in Germany are equipped with dipole flat-panel speakers supplied by VISATON.