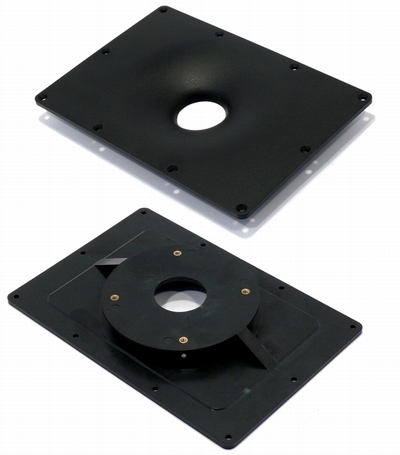 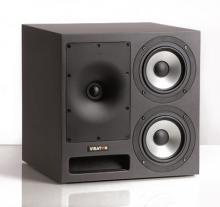 The naming of the Studio 1 was very easy due to the optics, which are reminiscent of typical studio monitors. This does not mean that the Studio 1 is solely a studio monitor. This speaker can also be used in larger home theater systems and, of course, as a pure stereo system, supported by a powered subwoofer if necessary.

By using the Waveguide WG 220x150, coupled with the excellent properties of the well known G 25 FFL - 8 Ohm tweeter, and the two AL 130 - 8 Ohm woofers, an interesting and extraordinary construction speaker kit came into being, which can be described as extremely rich in detail and lifelike in terms of precise focus and soundstage.

During the development of the STUDIO 1, some tricks had to be employed to achieve the above mentioned properties. The bassreflex port is installed at an angle of 45° upwards, which eliminates the well known problem of standing waves in the channel itself.

Additionally, the Waveguide WG 220x150 adds substantial improvements to the qualities of the G 25 FFL - 8 Ohm: On the one hand, the height of the waveguide brings the sound generation zone of the tweeter and the woofers into line, as on the other hand the exponentially expanding shape of the waveguide optimizes the radiation pattern and puts less strain on the tweeter in the lower frequency range. An optimized radiation pattern in this context means that the width of the acoustical beam of the tweeter is adapted to the beamwidth of the woofers in the region of the transition. Thereby, a homogeneous sound also arises in rooms with unequal reverberation times.

These important points allow for the excellent sound of the Studio 1, which can be described in summary by the word "directly".